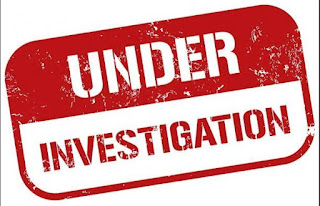 July 24, 2018 – The four Long Beach taxpayer advocates, Tom Stout, Joe Weinstein, Diana Lejins and Gerrie Schipske, who filed a sworn complaint alleging City misuse of public funds to campaign for the passage of tax Measure M, today issued the following statement upon receiving notification from FPPC that their complaint will be investigated:

“We are pleased to announce that today, the Chief of the Enforcement Division of the Fair Political Practices Commission informed us that an investigation will go forward on our complaint that the City of Long Beach illegally used public money to campaign for the passage of Measure M. Measure M is a tax allowing the transfer of up to 12 percent of the gross revenues of the water, sewer and gas utilities to the City general fund and further allows the City Council to raise utility rates to pay for the transfers.

We also alleged that the Mayor and several Councilmembers utilized their city-paid cellphones and computers to send out misleading messages urging constituents to vote for Measure M.

The Chief of the Enforcement Division of FPPC, Galen West, informed us that there was insufficient evidence of a violation by Mayor Garcia and Councilmembers Andrews and Richardson and that they would not be named individually in the on-going case. However, Councilwoman Suzie Price remains a subject of the investigation.

We hope that because the FPPC is moving forward, the City of Long Beach gets the message for the upcoming election, that the Political Reform Act is clear: government cannot use public resources to campaign – for a tax measure or for a charter change.”

See copy of FPPC letter below: 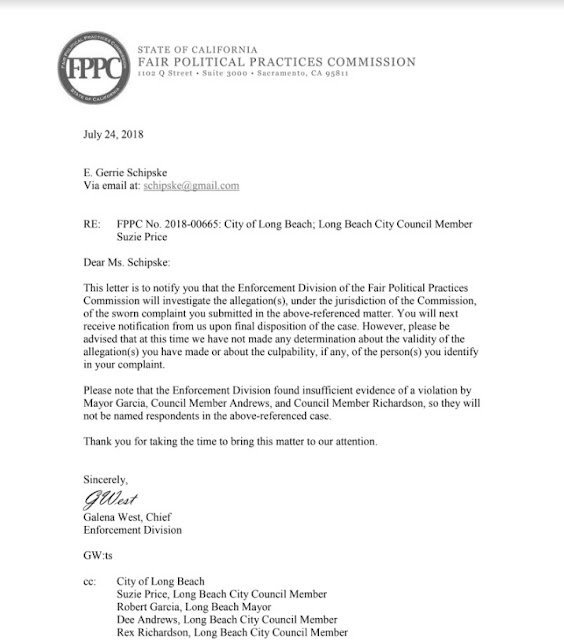